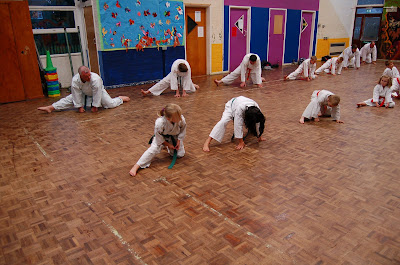 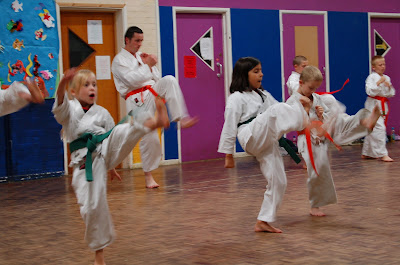 Karate is primarily about punching, blocking and kicking using both open and closed hands as well as elbows and knees. Although, grappling, joint locks, throwing and striking vital points are also included and largely practised within the study of kata. 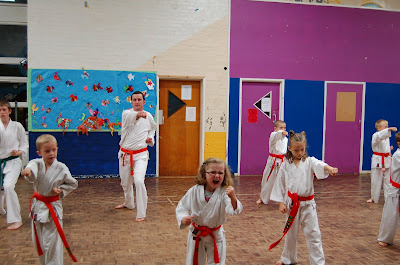 Kata or ‘form’ are a set sequence of movements, a bit like a dance, though with more purposeful intent! Kata can be very short, less than 20 to over 100 movements. At the most basic performance level they are rudimentary self defence combinations or fun calisthenics routines.

When performed at higher levels they become a thing of beauty and grace with changes in direction, speed and strength that is often described as “Moving Zen” 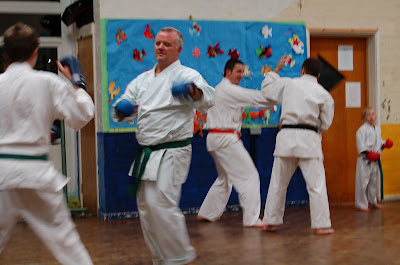 Kumite literally means “paired kata”. Beginners work together on standard punch / block combinations, later working up to jiu kumite – free sparing. Over the last 20 years or so most styles have taken the sensible route of practising non-contact or semi-contact kumite. It’s important to realise that when sparring the mindset is to help your partner improve their self defence techniques – not to show that you can beat them!!

Karate as a language

Mas Oyama one of the most spectacular karate-ka to have lived wrote in the introduction to the classic “Best Karate”:

“…think of karate as a language – the kihon (basics) can be thought of as the letters of the alphabet, the kata (forms) will be the equivalent of words and sentences, and the kumite (fighting) will be analogous to conversations.”

Next Page: Where We Do It

Your email has been sent! Thank you!

Please enter your name, a valid email address, message and the antispam number.